Many players were rightfully complaining that the controller setup screen was vague at best. This was hard to fix without migrating to Unity's new Input System, which meant a complete overhaul of my input code. This should result in better input configuration, but unfortunately also means that any custom button setup had to be reset, so if you aren't using the default settings, you will have to reconfigure your button settings. I'm sorry about that! 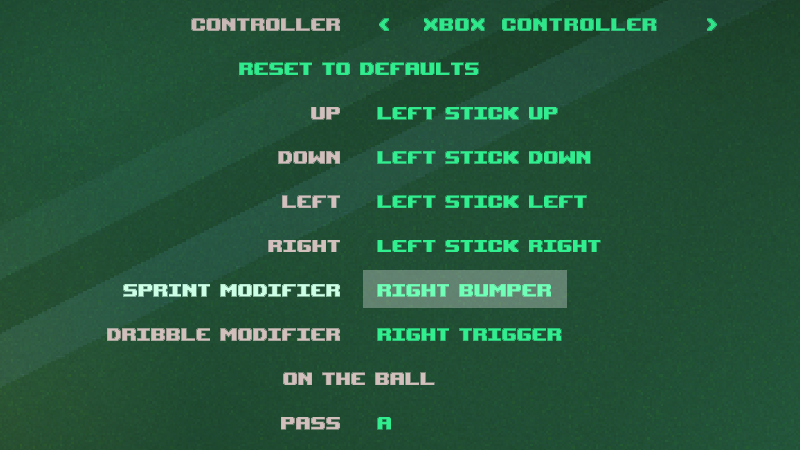 This is quite a big update from a technical perspective, so if you have any issues, make sure to reply to this log!

Furthermore, I've separated the pass and shoot button, by popular request. The default settings have them separated now, but if you prefer the old single-button pass/shot, you can still set it up that way.

Player switching is now configurable, so you can have the player closest to the action being automatically selected, or the opposite; only have the selection change when you press the switch button. The default is semi-auto, which only switches automatically when a non-selected player receives or steals the ball.

Linux specific change: now compiling using Mono instead of IL2CPP, to fix a problem some players had with the sqlite3 library. If this version isn't working for you, make sure to let me know!

Known issue on Linux: some gamepads get the wrong description; for example, my XBox 1 gamepad is named 'Playstation 4 memory card' for some reason. I think this is an issue with Unity's Input System code (which is pretty new), so I'm afraid I can't do anything about it. I've notified them about this issue, so hopefully it will be fixed in a future patch from their end. It should still function normally though, but let me know if it doesn't.